The best things to do in Brisbane: a first timer’s guide

So, it’s your first time in the Queensland capital and you’re looking for the best things to do in Brisbane.

The River City can’t help but be a bit of an over-achiever; with over 300+ days of sunshine a year, a plethora of outdoor spaces, burgeoning bar and dining scene, award-winning galleries and a bustling CBD, Brisbane is just begging to be explored.

Plan a trip that packs a punch with this guide to the best things to do in Brisbane.

Hit the beach with city views South Bank’s reputation as a gorgeous riverside precinct precedes itself. Walking paths awash with colourful bougainvillea and scented frangipani trees, and riverside cafes and eateries spilling out onto 17 hectares of parklands, it’s all yours for the choosing. But it’s Streets Beach that takes top billing.

The world’s only inner-city beach, one of the best things to do in Brisbane is to lay a towel down on the lagoon’s pristine white sand and while away an afternoon under the palm trees—gelato in hand. Oh, and those uninterrupted views of the CBD skyline don’t hurt one bit, either.

Spend a day cruising the river 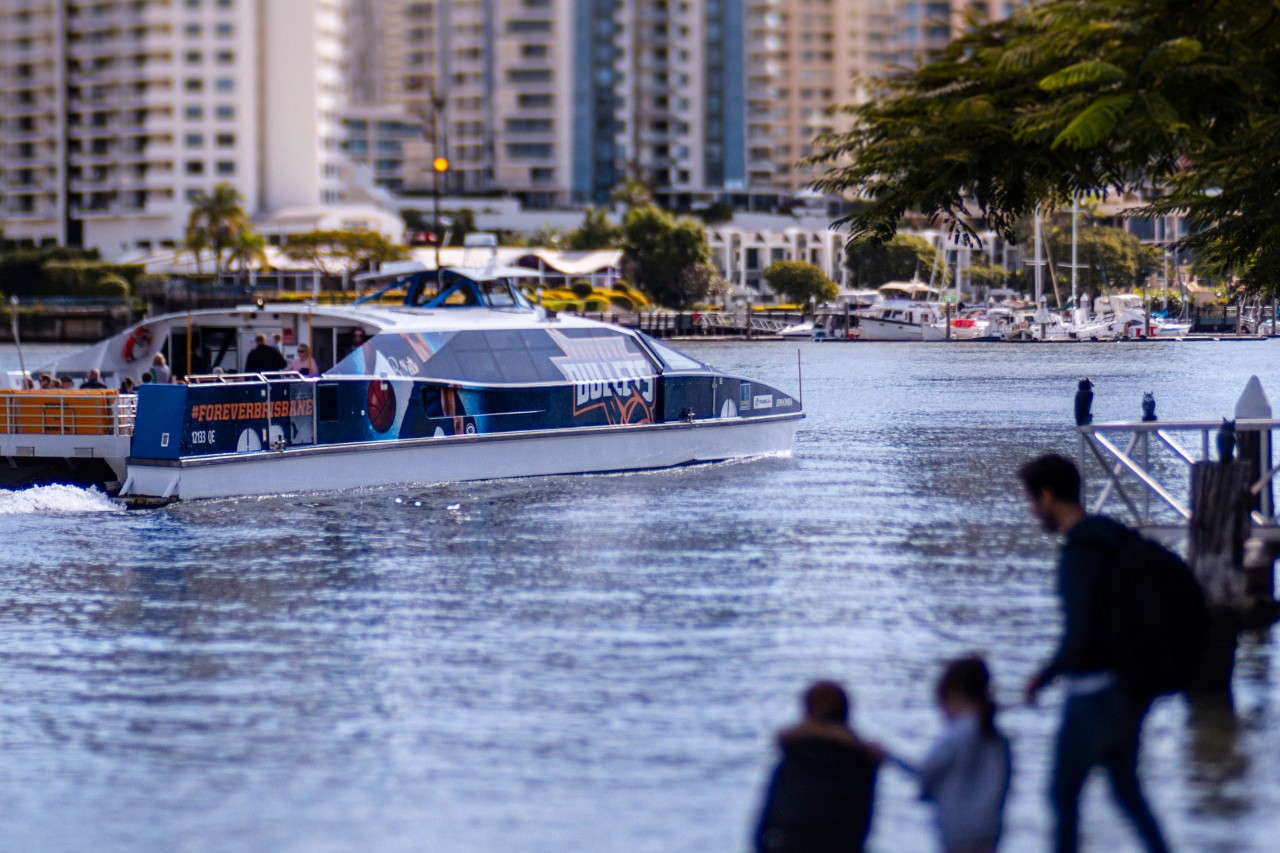 One of the best ways to see Brisbane like a local is by City Cat. An interlinking network of water taxis, these gentle giants connect the entire city from the southern reaches of St Lucia to the northern banks of Hamilton.

Not only will you have the best seats in the house for views of the CBD, you’ll also have ‘walk on, walk off’ access to some of the best attractions and things to do in Brisbane. 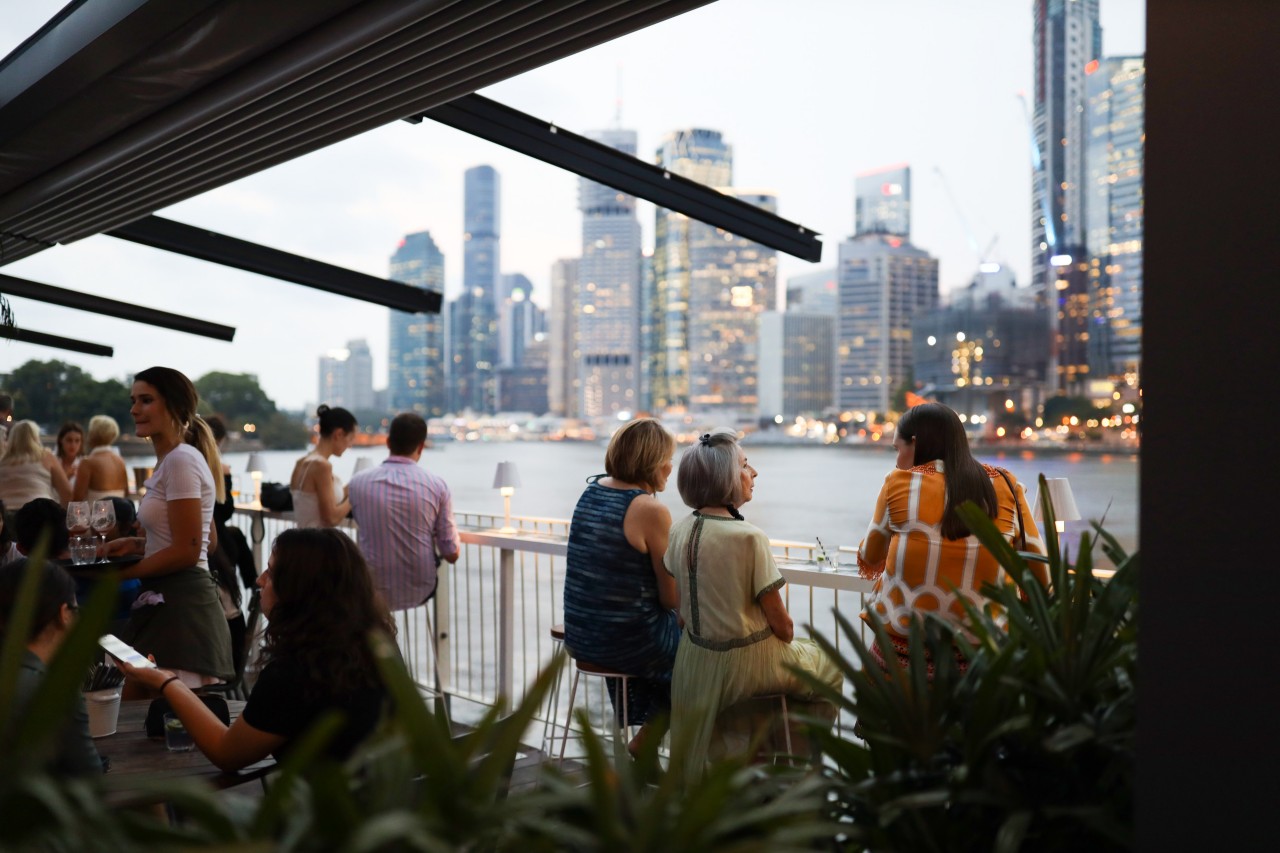 One of the best things to do in Brisbane is to get a taste, quite literally, for the local produce. Dining in Queensland is arguably what the locals do best, and Brisbane is no exception.

Head to the river’s edge for some of the best examples of Brisbane’s dining; Howard Smith Wharves precinct and Eagle Street Pier both boast absolute river frontage—and award-winning eateries.

The heritage-listed wharves recently got a multi-million-dollar makeover, making Howard Smith Wharves one of the country’s most sought-after dining spots. High-end restaurants Greca, Stanley, Ciao Papi and Mr. Percival’s each have unrivalled views of the Story Bridge, the Brisbane River and the city.

Just a short walk around the riverfront you’ll find Eagle Street Pier, which features over 15 different bars and restaurants with equally enchanting waterfront real estate, with the likes of Rico, Sake, Madame Wu and Jellyfish vying for the fine dining crown. The cultural epicentre of Brisbane, South Bank is home to Queensland’s largest collection of the arts. The State Library of Queensland, Science Museum, Queensland Theatre Company and Queensland Performing Arts Centre all reside here, with some of the best things to do in Brisbane at your fingertips.

Even the façade is a work of art; by night the entire building lights up, courtesy of international artist James Turrell. Visit during one of the gallery’s famous ‘Up Late’ events for an up close view of the work by night.

Get to know the natives 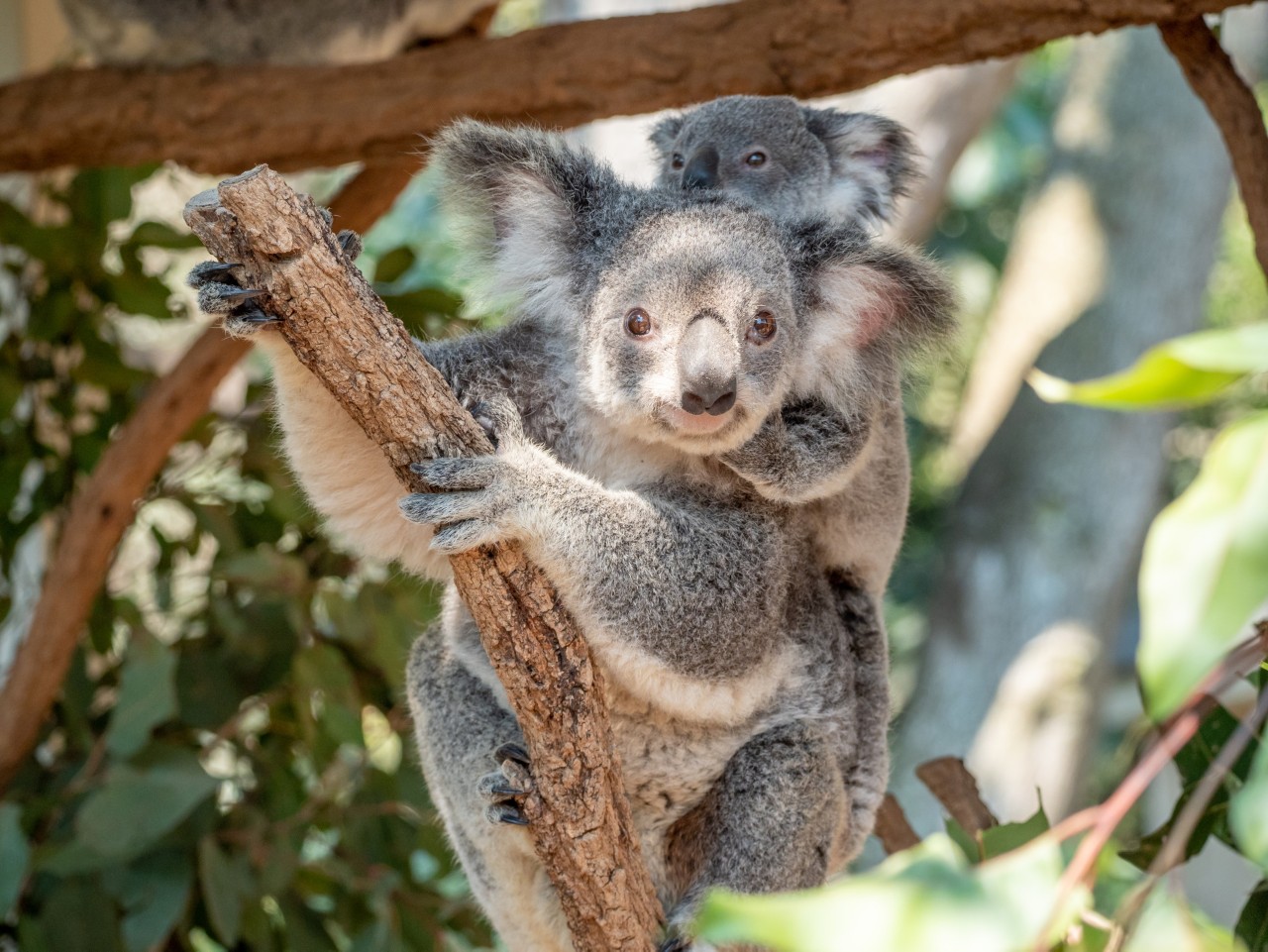 A visit to Brisbane isn’t complete without a visit to the Lone Pine Koala Sanctuary. Home to over 130 koalas, it is the world’s largest koala sanctuary and one of the few places where you can still get up close and personal with this unique Aussie native.

You’ll find this eucalypt-filled haven just 30-minutes’ drive from the city or a 75-minute boat ride with Mirimar Cruises, departing from South Bank. The coastline just east of Brisbane is something truly special. An easy day trip from the city, a visit to Moreton Island is one of the best things to do in Brisbane (don’t believe us? Here’s a taster—no filter required).

Dive or snorkel the world-famous Tangalooma Wrecks and immerse yourself in the ecosystems thriving off the 15 sunken shipwrecks just off the island. As well as huge coral formations and brightly coloured fish, you’ll also be sharing the water with dolphins and turtles. So keep your eyes peeled.

If you’re more at home on dry land, there’s ATV quad biking and sand tobogganing fun to be had on the island. Stay until after sunset and feed the wild dolphins that live in the island’s waters or take a glow-in-the-dark canoe for a twilight spin around the wrecks.

For more Moreton Island magic, stay and play for 48 hours armed with this guide.

Indulge in some retail therapy 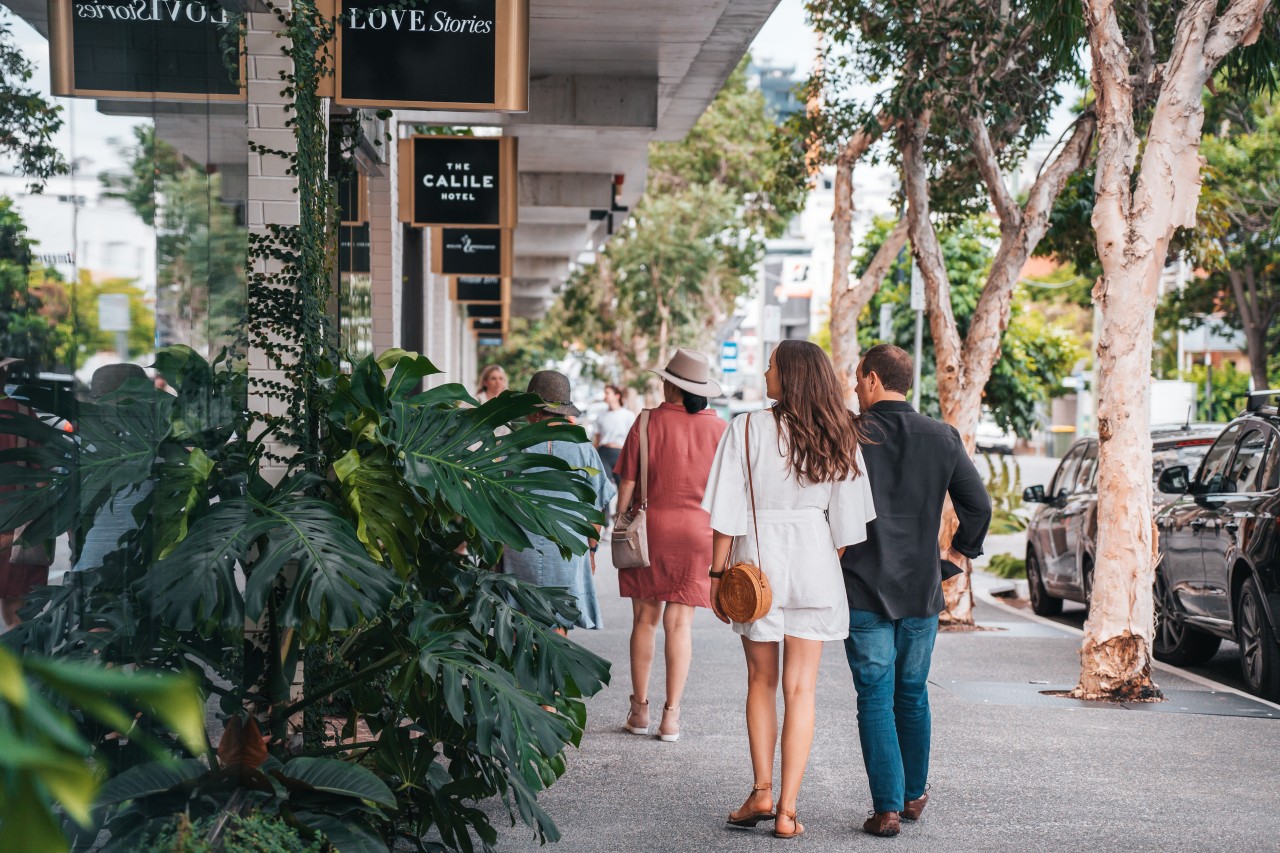 For a serious dose of retail therapy, arm yourself with this shopping guide and a pair good walking shoes. Brisbane’s array of shopping precincts and boutique stores will delight even the hardiest clothes horse; hit up the Queen Street Mall in the CBD for all the major players (Myer, David Jones, Zara and H&M to name a few) as well as a slew of newly added luxury stores such as Dior, Chanel and Hermes.

For independent boutiques and rarer finds, allow a few hours stroll along James Street in Fortitude Valley. Arguably Brisbane’s most stylish high street, the tree-lined road boasts 130 speciality stores dotted amongst award-winning restaurants the like of Hellenika at The Calile Hotel and Gerard’s Bistro. 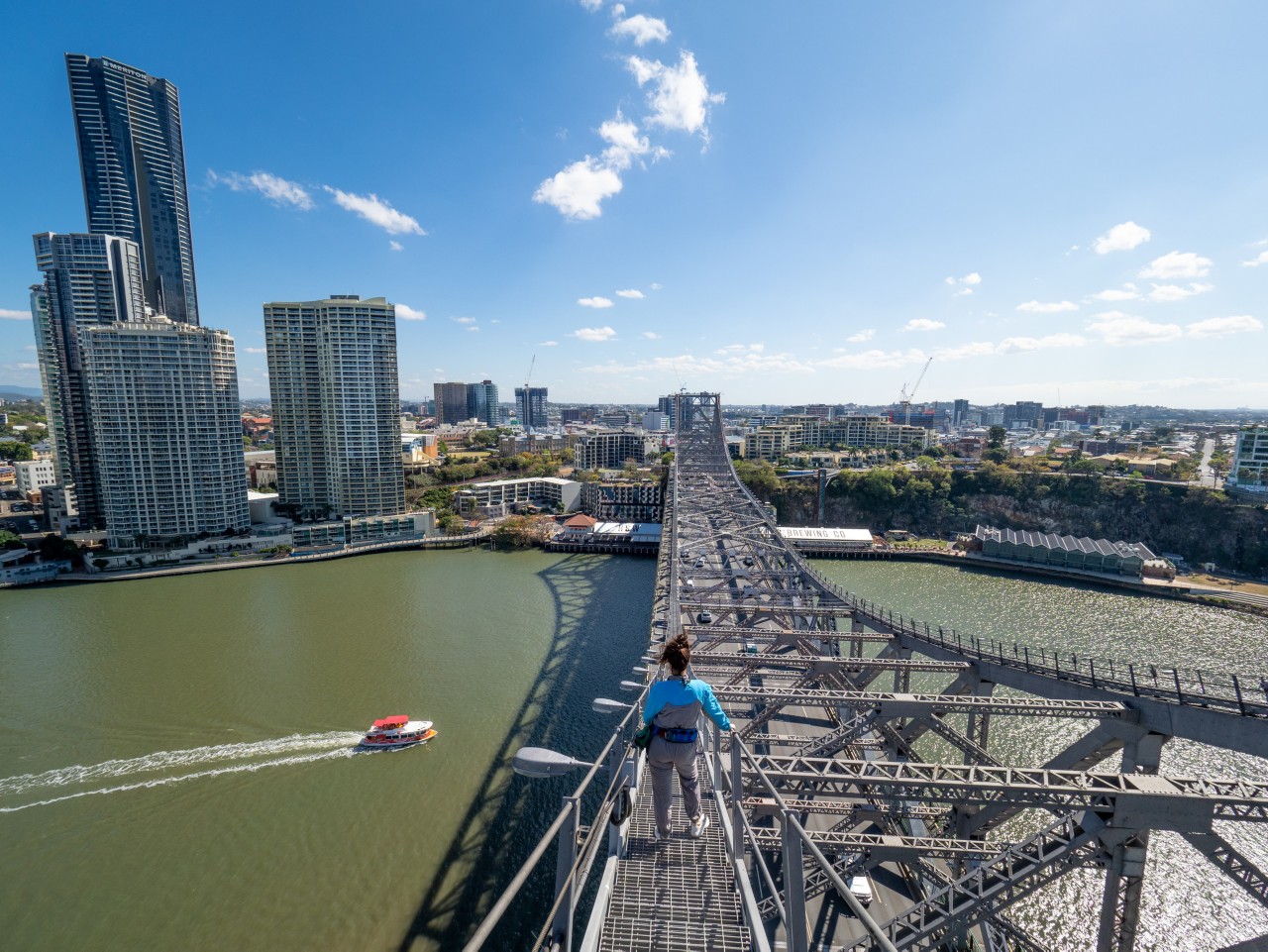 See Brisbane from 74m up with the Story Bridge Adventure Climb. One of only three bridges you can climb in the world (and Australia’s second largest after the Sydney Harbour Bridge), give yourself two hours to climb the 1138 steps to reach the top (because trust us, you’ll want to take a few (hundred) pictures when you reach the top).

On a clear day, the top of the heritage-listed Story Bridge promises vistas out to the Glass House Mountains in the north, Moreton Bay in the east and Scenic Rim in the south. Eat Street Markets along the Hamilton Wharf is a Brisbane dining icon and one of the best things to do in Brisbane if sampling the latest food trends is your thing. Constructed from hundreds of shipping containers you’ll find dozens of international street food vendors and small bars that stay open long after dark.

From wood-fired pizzas to loaded doughnuts, freshly shucked oysters to rainbow-hued gelato, no craving is left unsatiated in this foodie Mecca.

Enjoy drinks on a rooftop For sky-high views over the city, Emporium Hotel’s rooftop bar The Terrace is the spot to hit up for a sundowner, or go for the unrivalled views the clock tower and surrounds, make your way to Sixteen Antlers. If you thought you had to go further south to find Australia’s wine scene, think again. Just 30kms from the CBD at Mount Cotton you’ll find the award-winning Sirromet Wines. Having clocked up some 900+ awards for their drops, here you can get a taste for the Granite Belt while saving yourself the three-hour drive.

Don’t want to leave the city? City Winery in the heart of Fortitude Valley is Brisbane’s only city-based winery, offering a look (and a taste) of their artisan wines. The space offers daily tours and cellar door tastings, as well as an award-winning restaurant for when tastings undoubtedly turn into dinner plans. Shop as local as it gets with a visit to one of Brisbane’s farmers markets. With the Scenic Rim less than 150km away, it explains why the market culture is so strong in South East Queensland.

To see the biggest and best markets in action, time your visit for Saturday at Davies Park Market in West End or Jan Powers Powerhouse Markets in New Farm, or a Sunday trip to Milton Markets. Make a morning of it by grabbing your morning coffee and a freshly made pastry. 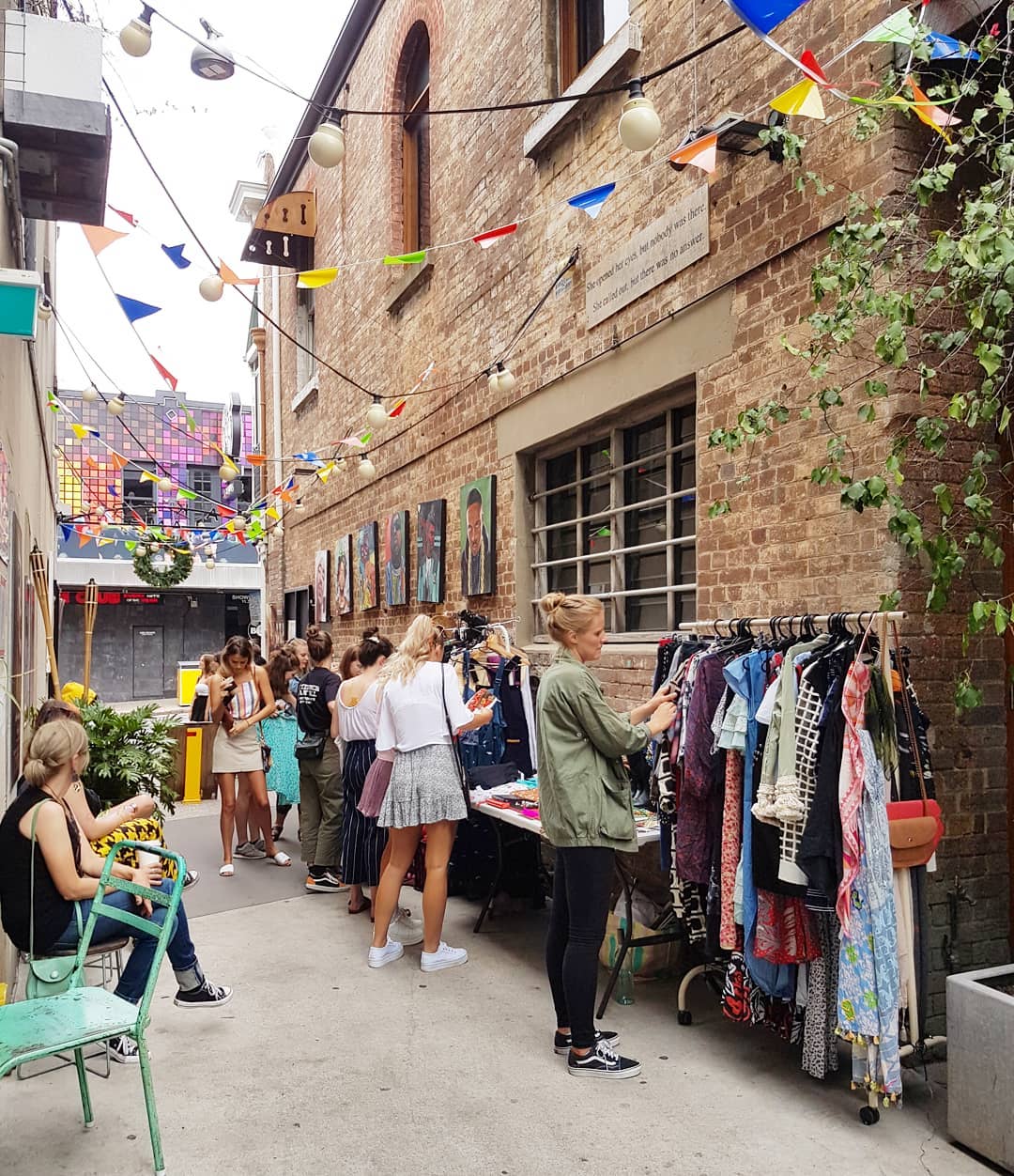 Unearth the cultural beating heart of Brisbane with a self-guided tour of Brisbane’s best laneways. Proving good things come to those with an inquisitive nature, step off the well-beaten tracks to find independent clothing stores, emerging artists, hole-in-the-wall cafes and micro bars all tucked along these colourful backstreets.

TripAdvisor users rated out luxury serviced apartments in Brisbane 4.5 out of 5 from 1601 reviews.

Enjoy exclusive privileges and best rates as our loyalty member.