If you think you know Brisbane, think again. In between the new hotels, buzzing restaurants and green spaces, you’ll uncover some of the best (and underrated) Brisbane laneways.

Over the past decade, the network of laneways in Queensland’s capital has transformed into a place where the city's culture comes alive, from hole-in-the-wall cocktail bars, record shops and boutiques to where you'll find some of our best street art.

So pack your appetite, walking shoes and a sense of adventure. It’s time to venture down the road less travelled – the laneways changing Brisbane. 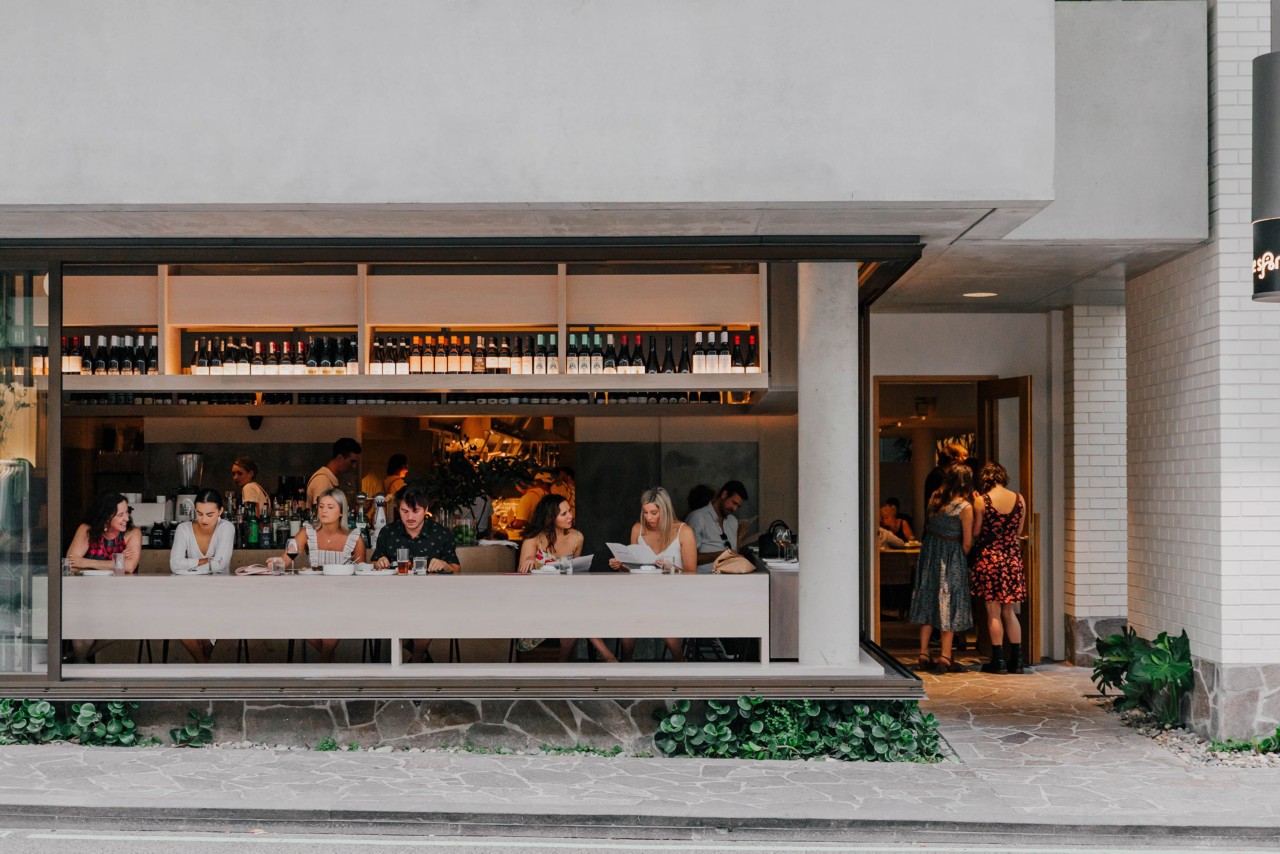 Where: Off James St, Fortitude Valley

Why it’s one of the best:  This dining laneway beside the subtropical city oasis Calile Hotel celebrates Brisbane's biggest flavours and best designers.

Ada Lane links bustling James Street and Wandoo Street, and has something for every time of day. There's the boutiques, coffee and all day dining at Lobby Bar, indulgent cakes and sweet treats at Jocelyn's Provisions, cocktails at LOS or Asian bites from sAmesAme - and a whole lot more to discover. 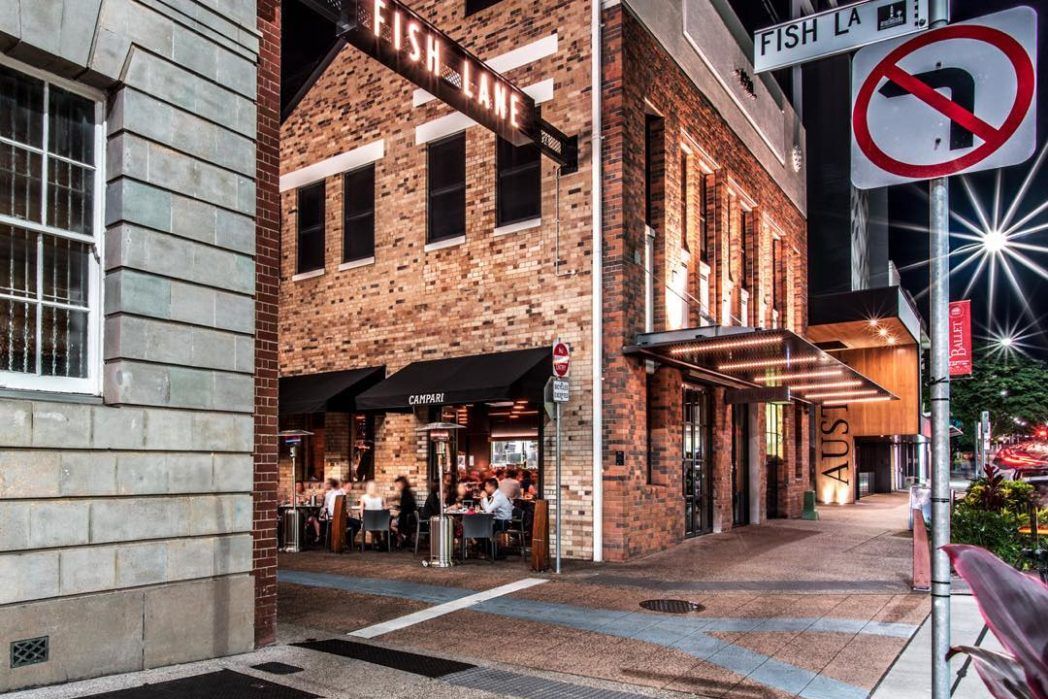 Why it’s one of the best: Just a short stroll from QPAC, QAGOMA and South Bank's cultural precinct, Fish Lane is home to some of Brisbane's best bites and bars, making this laneway the choice for pre-show antics, date night, or drinks with friends.

It's here you’ll find favourites like Julius Pizzeria, Chu The Phat, Gelato Messina, Gauge and Billykart, to name a few - but check out the complete dining guide.

Discerning drinkers should make tracks to the watering-hole-in-the-wall bar Maker, or step behind the barbershop into hip-hop inspired bar The Next Episode.

Much more than just dining, it's down this laneway that you'll find vibrant street art, markets and plenty of entertainment too. 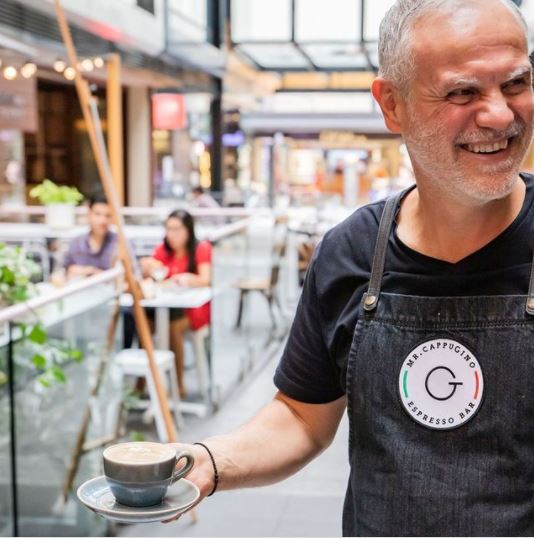 Why it’s one of the best: Polished Albert Lane connects Queen and Albert Streets in the CBD. And while it doesn't offer the grunge appeal of nearby Valley laneways, pack your appetite for this laneway-cum-food court and tour your taste buds between Italian pizza and pasta made before your eyes at Vapiano, Mexican street fare at Comuna Cantina, and Japanese bites Harajuku Gyoza – all within steps of each other. Where: Off Ann St, Fortitude Valley.

Why it’s one of the best: Take a turn off Ann St and you’ll find the home of Brisbane’s best brownies and cocktail bars - as well as the restaurant so sought after you need to compete to get a reservation months in advance  – all within a city block.

By day, The New Black Cafe, Cake and S**t, Nom Nom Korean and NomNom Ramen and Sake have your meals under control. By night, Johnny’s Pizzeria and Laruche bar know how to guarantee a good time.

This has all the hallmarks of a great laneway: exposed brickwork, alfresco dining, and boutiques - from record stores to fashion to art galleries - that stock products you won’t find anywhere else in Brisbane. Head hear for the regular weekend markets or for Hidden Lanes Festival. 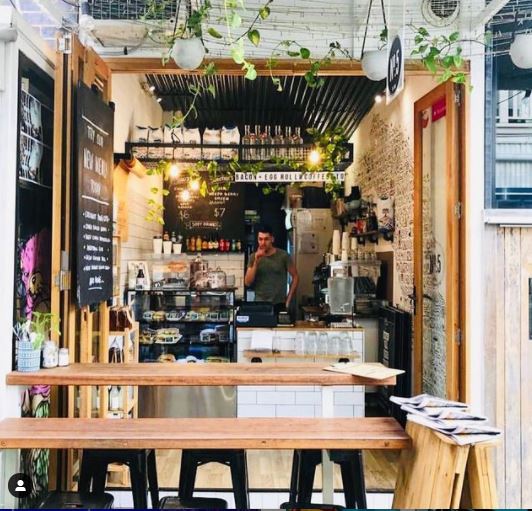 Why it’s one of the best: There’s definitely a correlation between time spent in Winn Lane and improvements to your street cred. Winn Lane is a laneway off a laneway, which almost intensifies its appeal in the same way a double shot of coffee does to your morning heart-starter.

Don’t expect to find mainstream stores here. It’s all about boutiques like Phoebe Paradise and food dished up by Ben’s Burgers (arguably the best burgers in Brisbane).

These pocket-sized stores are often on rotation as savvy store owners host pop-ups in the laneway: the best way to stay tuned with what’s on in the lane is via their Facebook page. Why it’s one of the best: Brisbane’s oldest and most well-known laneway, Burnett Lane, has you covered from your first espresso of the day to your last espresso martini. And if you work in Brisbane city, you probably head here already for a coffee run or knock-off drinks.

In fact, once you’re in Burnett Lane there’s really no need to leave. Felix For Goodness cooks up breakfast, Brew takes care of lunch and a caffeine hit, and for dinner you're spoiled for choice between Korean and Spanish bites - or take a seat at cocktail bars Death and Taxes or Super Whatnot.

Of course, it’s more than just Brissie’s best bites that make Burnett Lane significant. The lane was the main player in Brisbane’s early history. Not only is the lane named after our first colonial surveyor, but Burnett Lane started life as a prison yard, back when Brisbane was a penal colony.

It was this history alongside its superb location that supported Brisbane City Council’s decision to give Burnett Lane a spit and polish in 2010 as part of its Vibrant Laneways Project.

This $2.5m makeover breathed new life (and street art) into the forgotten real-estate between George and Albert Streets – and Burnett Lane was reborn. Where: Corner of Brunswick and McLachlan Street, Fortitude Valley

Why it’s one of the best: Vibrant California Lane transformed a former cafe (aptly named California Cafe) into a sun-drenched, creative urban space.

Just a stone's throw from nearby Bakery Lane and Winn Lane (the three team up to bring the monthly Valley Laneway Markets), California Lane's retro colour can be seen from the neon signs to the pastel walls - and this colour continues into the retailers too, from eclectic designer Alice Nightingale's boutique to the flavour-bombs at The Stand cocktail and dessert bar. Why it’s one of the best: Eagle Lane and Eagle Street Pier might be the yin and yang of the dining world, but together they balance nightlife perfection. Skip the Pier’s river views and fine diners, and slip behind the buildings on Queen St in favour of Eagle Lane.

This laneway has a little more grunge in its step. Find the secret door leading to dim-lit brick cellar Brooklyn Standard - the dive bar and live music venue where you’re likely to stay longer than just a few drinks. Or pop next door to American sports bar Fat Angel for hot dogs, cheesesteaks and cheeseburgers - it's a party here six nights a week.

The laneway ramps up its cool factor with regular pop-up gigs and art exhibitions, making it the place to be come sundown on Friday.

TripAdvisor users rated out luxury serviced apartments in Brisbane 4.5 out of 5 from 1601 reviews.

Enjoy exclusive privileges and best rates as our loyalty member.